Also available on: Xbox One, Playstation 4

Resident Evil 2 is without a doubt one of my favourite games of all time. I remember playing it on my Playstation 1 back in the day. I was so scared that i used my Action Replay Cheat Code cartridge in order to have unlimited health. I did not want to see my character die in the hand of zombies or being beheaded by a licker. Also, it was the first survival horror game that i have ever played.

Naturally, when i first heard about a potential remake of this title, i was so so excited. I thought it was a prank at first, but when videos emerged on You Tube my excitement flew over the roof. The premise is simple; you either step in the shoes of Leon Kennedy, a rookie police cop on his first day in the job, or Claire Redfield, a student who is searching for her lost brother Chris. You enter Raccoon City, a zombie infested city in the verge of destruction as a virus has turned most of the inhabitants into flesh eating zombies trying to survive and get out alive. The story does not differ that much from the one found in the original game. However, much more light is shed into secondary characters this time around, like Chief Irons and Annette Birkin and a lot more lore can be found on the files scattered around the game.

Graphicswise, the game is by far the most beautiful title i have ever played. Everything is crafted with so much attention to detail; character models are of supreme quality, facial expressions are top notch and the environments are outstanding. Damage on zombies by your firearms is remarkable; shoot one zombie in the head and you will see chunks of flesh being ripped out from their heads. Shoot them at their limbs and you will see arms and legs fly all over the place.

Special effects are also fantastic; you can set on fire monsters with your grenade launcher and you will see them engulfed in flames moments before their agonizing death. Every monster in the game is masterfully created; lickers were never before so scary, the zombies are the most ”beautiful” you can find in a survival horror game, tyrant is imposing and terrifying and the list goes on. Animation is also fluid and lifelike. I thought Resident Evil 7 was beautiful, but this one is something out of this world. Masterpiece.

The sound quality of the game is also top notch. Character voice overs are amazing, nothing like the cheesy dialogues found in the original. The soundtrack is also fitting and quite agonizing, espescially when you are chased in the po;ice station by the tyrant. Your heartbeat will be elevated to another level. Weapon effects are outstanding as well. I love the way you electrocute enemies using the spark shot. You can hear the lighningstriking every part of their body. In addition, sound plays an important role gameplaywise, particularly when being hunted down by the tyrant since you are able to hear his footsteps thus knowing exactly where he is.

Playing the game reminded me a lot like Resident Evil Revelations 2 but with some new interesting elements. Your character can counterattack enemies using knives, grenades and other lethal gadgets thus preserving your much precious hit points. Control scheme is the typical one found in games of this genre; I played with mouse and keyboard and I took up the controls in no time.  Puzzles have also been revamped, being more mature and more fitting to the new style of the game. They are not that hard by themselves but they become particularly irritaing when you have to complete them while being hunted all over the place. I would like the game to have something like a dodge move, much like the one found in Resident Evil 3: Nemesis but i suppose Capcom is saving that for Resident Evil 3 Remake.. (pleeeeeeease!!!!!). The game is mostly linear but there is a lot of content in every campaign. There are 2 scenarios that are essentially 2 storylines that happen at the same time in the same place. There is an abundance of content here with many unlockables, as well as 2 more mini campaigns feautirng 2 more characters, Hunk and Tofu that make their return from the original game.

I bought the game as soon as it was released, so i gave approximately 50 euros. However, i feel that these were 50 euros well spent; I had a lot of scary and gory fun playing Resident Evil 2 remake; it is terrifying, enjoying and marvelous to look at. Invest. Yesterday. 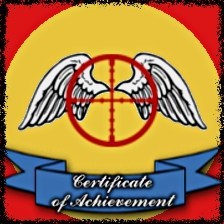 ”By far the best survival horror title of this generation”