If i could give and accurate definition of the term survival horror, i would describe it like that: a game where you step in the shoes of an underpowered protagonist (compared to his adversaries) inside a haunted place, that has limited resources and supplies and has to manage his inventory wisely in order to survive.

Prior to presenting you my list, i will have to tell you some ”rules” in order to avoid misunderstandings:
1) Because i will be presenting to you games created on platforms of different eras,  it would not be fair to rate them based on their techincal capabilities. As a result, in order to be as fair as possible, every game will be rated based on a ”fear meter”. This fear meter is the amount of terror that a certain game provokes on the player.
2) Only one game per franchise will be picked.
3) Only games that i have played will be presented.

Without further delay, here is my Top 9 list of survival horror games up until now.

I am well aware that Resident Evil 4 is considered by a large number of gamers as the greatest game of all time due to its innovative gameplay mechanics. However, if i got to choose one game of the whole franchise as the scariest, i would pick Resident Evil 3. And this for one reason only; Nemesis. Nemesis is a biological weapon that chases you through out the entire game.  It is imposing, powerful, fast, clver and it wields a rocket launcher. Everytime he enters a room, he screams characteristicaly ”STAAAAARS” and he starts running like crazy. And this is when your palms start sweating, a very good time to change your diapers, espescially at the start of the game where you are underprepared and underpowered.

And what a game this is. This was the main antagonist of Resident Evil back in the 90s and for a very good reason. It did not have pre rendered backgrounds and it was scary as hell. Otherworldy creatures follow the protagonist of the game wherever he goes: schools, hospitals, sewers and so on. These places while at first seeming completely normal and deserted, when some moments pass, they transform into something from a different hellish reality. The walls are filled with human intestines, blood and mutilated corpses. A very atmoshperic game with a complex plot that manages to captivate the player early on. Who can forget the haunting white noise of your broken radio that alerts you of nearby enemies??

I can safely say that our friends from the Far East are very capable at creating haunting thrillers movies. They are particularly talented at creating twisted ghost stories that make your heartbeat go like crazy and can undoubtedly scare almost everyone. As a result, they decided to use their talent in creating a video game where you take control of a young girl that is constantly hunted by ghosts. And what is your weapon of choice?? A special camera that takes pictures of them thus progressively exorcising them. See the pictures you take and if that can not give you goosebumps, i seriously do not know what will do. 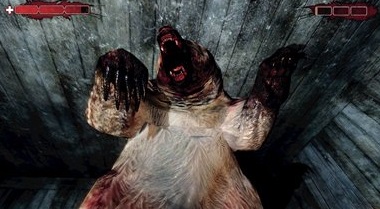 Have you ever wandered what it feels like being thrown from the stairs?? Or perhaps, being hunted by a large grizzly bear in narrow corridors of a chalet?? Do you know how scary it is to be inside an MRI scanner?? No?? Well this is the game for you. 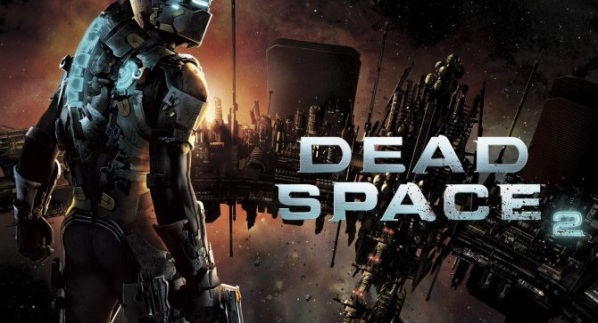 Dead Space 1 and 2 are two of my favorite games of all time. While sci-fi games are not my cup of tea, these 2  managed to make me change my initial thought about them. However, if  i had to choose between them, i would pick the second one. Why? Because when you (spoiler alert) revisit Ishimura, the space ship from the first game, the atmosphere and the sound effects are so terrifying, that every step Isaac does, your heart will undoubtedly start pounding really fast. Oh yes, let’s not forget that there are also these twisted and grotesque necromorphs that desperately want to perform a fatality on you and can be killed only by accurately mutilatimg their limbs. 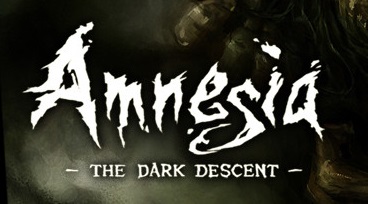 Imagine you are an amnesiac locked inside an enormous fortress, where the only residents are disfigured monstrosities that chase you relentlessly. How would you feel? Would you lose your sanity? Of cousre you would! And that is what happens here! Every time something paranormal happens, the sanity of you character drops and as a result, hallucinations start occuring in front of you, the pace you move becomes slower, you are prone to falls and generally the whole reality around you is distorted. Oh yes, how could i forget? Inside a water filled basement, there is an invisible horror that eagerly wants to murder you the moment you set foot inside it.

Number 3: The Evil Within – Xbox One 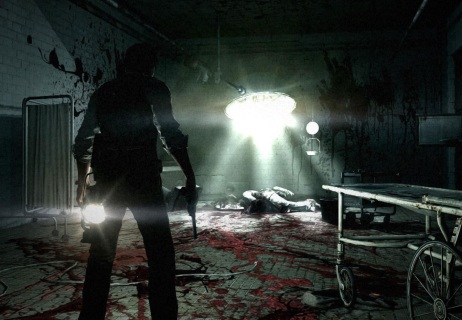 Now do not get me wrong. I do believe that the second game is far superior to the first one and i consider it as one of the best survival horror games that i have ever played. However, due to the fact that you already know what is going on in the 2nd game, it loses the element of surprise that the first one has. Shinji Mikami so gracefully plays with your mind that you never really realize what is happening to the very end.

This game is the definition of true horror. You are Amanda Ripley, an engineer who visits Sevastopol in search of her mother. Since you are not a soldier, you are not adept with guns and you have to use a wide range of tools in order to overcome the challenges. And what is more terrifying than the perfect atmosphere and sound design this game has?? A lethal immortal killer with his own A.I. that follows you everywhere throughout the game and is capable of one hit killing you. Absolutely terrifying.

This game is the only one that i finished using a walkthrough. Why you ask?? Because i got so scared that i almost had a heart attack. While it is flawed due to its trial and error nature, the feeling you get when you are constantly by lunatics inside an asylum without anything to defend yourself is outstanding. You were warned my friends, do not play it with the lights closed.

One thought on “This is our definite ”Top 9 Survival Horror Games list” of all time that will provoke sleep deprivation.”